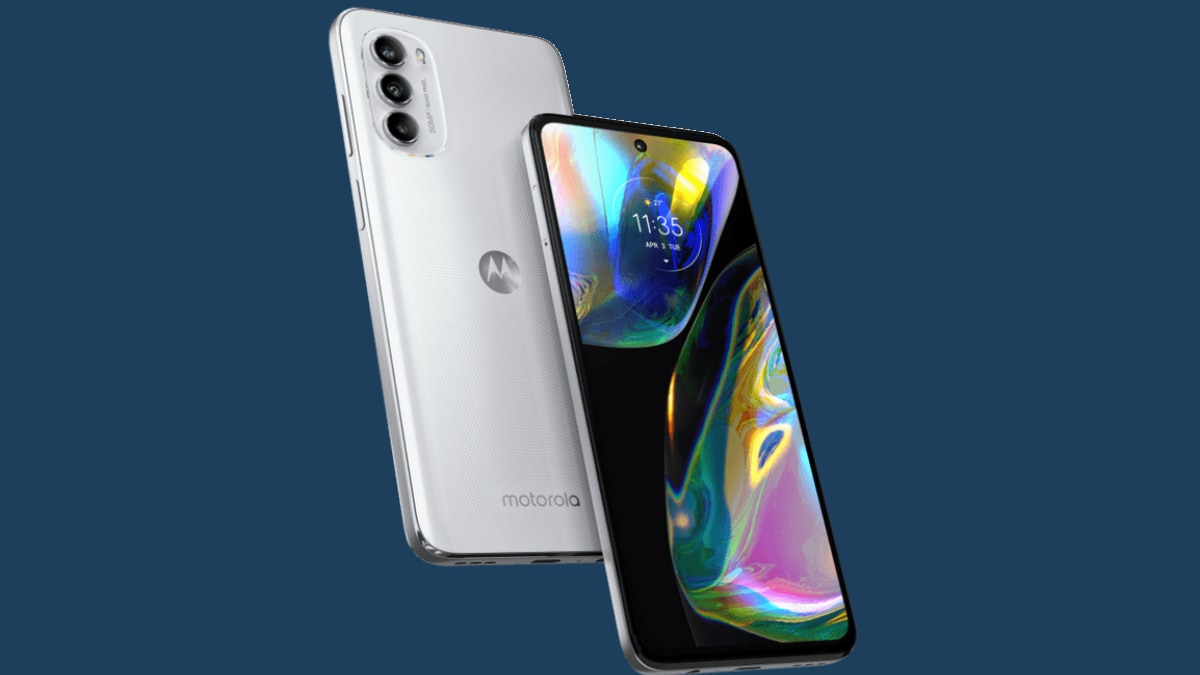 by phulwariya
with no comment
Mobile
[ad_1]
Moto G82 5G launch in India could take place on June 9, a tipster has claimed. It was launched in Europe earlier this month with a 120Hz refresh rate display, and a Snapdragon 695 5G SoC, which is coupled with 6GB of RAM and 128GB of internal storage. The smartphone gets dual stereo speakers with Dolby Atmos support. There is a 50-megapixel primary sensor in the triple rear camera setup and a 16-megapixel selfie shooter. The phone packs a 5,000mAh battery with support for 30W charging.

As per a tweet by tipster Yogesh Brar, the Moto G82 5G will be launched in India on June 9, and will compete with the Poco X4 Pro, which made its debut in the country in March. Both the smartphones have similar specifications in terms of display, SoC, and battery. It is to be noted that the Motorola phone was launched in Europe earlier this month. As far as specifications are concerned, the Indian variant may have the same internals as the European variant.

The Moto G82 5G runs on Android 12 and features a 6.6-inch full-HD+ (1,080×2,400 pixels) AMOLED display with 120Hz refresh rate. Under the hood, the smartphone has a Qualcomm Snapdragon 695 5G SoC, coupled with 4GB of LPDDR4x RAM. For photography, Motorola has provided a triple rear camera setup that includes a 50-megapixel primary sensor. There is an 8-megapixel ultra-wide-angle camera with 118-degree field-of-view and a 2-megapixel macro shooter. For selfies and video chats, the phone gets a 16-megapixel camera.

The Moto G82 5G comes with 128GB of inbuilt storage that is expandable via a microSD card (up to 1TB) through a dedicated slot. The smartphone comes with a side-mounted fingerprint sensor and has a face unlock feature. It packs a 5,000mAh battery that supports 30W TurboPower fast charging. Furthermore, the smartphone is IP52 rated for dust and water-resistance. It gets dual microphones and dual stereo speakers with Dolby Atmos support.

Prada Gears Up for New ‘TimeCapsule’ Collection With NFT Twist